Areas and Localities in Malappuram

Malappuram is one of the richest districts of Kerala. It has a strong commercial base further strengthened by a large number of NRIs remitting money from gulf and other foreign lands. This makes it one of the ten leading districts of India in terms of per capita deposits in banks. The district covers an area of about 3220 sq. km. with a population of above 1.6 million Muslims, Hindus and other religious inclinations. 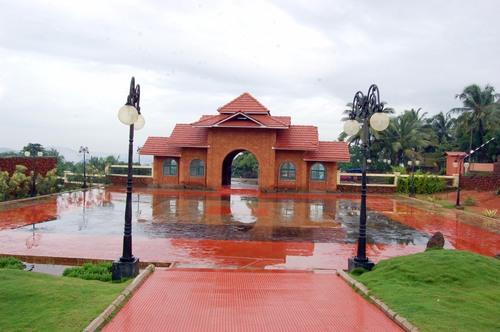 Malappuram is famous for the annual influx of tourists to Kottakkunnu, Shanthitheeram, Niramkitha, Valikkunnu, Kottakkal, Connolly’s teak plot and other such places especially during the festival season. The district has been divided into 14 blocks, viz. Nilambur, Kondotti, Vandoor, Arikkodu, Malappuram, Perinthamanna, Mangada, Kuttipurum, Vengra, Thirurangadi, Thanoor, Thiroor, Ponnani and Perumbadappu. The city of Malappuram is chief among these blocks and the seat of the district administration. It offers wonderful places to live. Some of its famous areas are as follows.

Situated at a distance of 6 km from the centre of the town. It is reachable in 10 min. Buses, autos, and hired taxis are available.

Kizhakkethala is a vibrant place of interest at Malappuram. It houses cinema theatres, hospitals of repute, jewellery stores and good residential buildings. It is about 2 km from the town. It has quality restaurants and eateries. The Regional Transport Office of the district is also situated here. It has also attracted some good BSPs and IT consultancies.

Situated at a distance of 1.8 km from the centre of the town. Reachable within 5 min by buses, autos and taxis.

The locality is famous for its amusement park run by the municipality. The park is open to visitors up to 9 pm. It is a water theme park visited by thousands of tourists especially during festive season.

It is situated at a distance of 1.5 km from Malappuram bus stand on NH 213/ SH 72. Reachable within 10 min by cars/taxis/buses etc.

This area of Malappuram is very famous for its medical facilities. Doctors/private practitioners of all disciplines are available here. In fact, this locality of Malappuram is famous for as many as 89 registered clinical psychologists. There are many general physicians, dermatologists, urologists, dentists and ophthalmologists in the area. The locality is one of the fastest growing property markets of Malappuram.

It is situated at a distance of 13 km from the centre of the town on NH 213. Reachable by Cars/taxis and buses in 15 min.