Malappuram is the birth place of several renowned poets like Mahakavi Vallathol, V C Balakrishna Paniker as well as Narayan Menon and Moyinkutty Vaidyar. The celebrated Poonthanam whose masterpiece Jnanappana is world famous also hailed from Malappuram not only great poets and litterateurs have graced this beautiful land, Malappuram has been the thriving place for eminent mathematicians like Madhava who belonged to the Sangmagrama school of astronomy and mathematics. Other great and eminent mathematician like Achyata Pisharati, Melpathur Narayana Bhattathiri as also Kelallur Nilakantha Somayaji have the common birthplace of Trikandiyur of Tirur.

It is necessary to mention the famous personalities who hailed from the Malappuram region. They include Thunchath Ezhuthachan, who was the honorable father of modern Malayali literature. He lived and was born in Trikkandiyur near Tirur more than four hundred years ago. 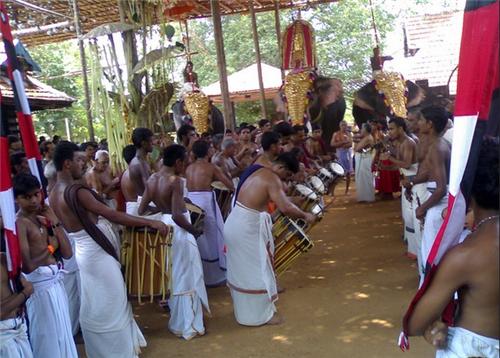 Malappuram Thangal had participated in the anti-British revolt called the Moplah Rebellion of 1921. Omar Qazi, the scholar leader of the anti-British movement was also born at Malpurram Panakkad is the family seat of the Panakkad Thangals who were the president of the Kerala state committee of the Muslim League of India. Kathakali Musician Kalaman Dalam Tirur Nambissan who was born in Ezhoor.

The Thirumandhankumna Pooram festival is held in the temple of the same name. Usually held in March-April, this festival is celebrated in honor of the mother goddess, Bhagvathi. This Thirumandham Kunnu temple is one among three significant temples of Kerala state with the two others being at Kodumgallur and Panayarakairu. The Pooram festival comprises a seven day feast with thousands of devotees thronging to the temple to pay obeisance. There is a ‘Mangalaya Pooja’ held during this time which attracts thousands of women to participate. This pooja apparently ensures eternal marital bliss and a good wedlock. The Thirumandham kunnu is located two kilometers west of the Perithalmanna on the state highway that connects Palakkad and Kozhikode. 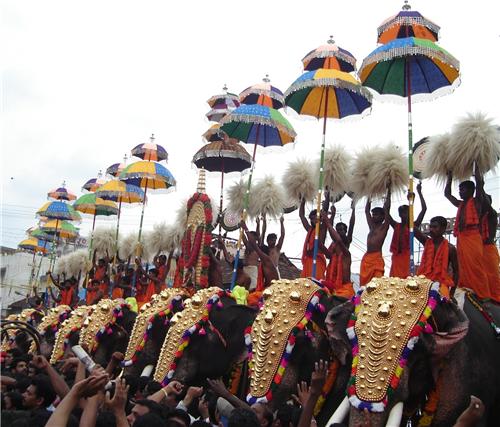 The temple festival of Kottakkal pooram is held around March-April. This seven-day festival is a massive draw especially classical artistes from all over the country. They give their performances as thousands watch. The festival is an exceptional draw because purely classical performances rooted in the very culture of our country can be observed here.

Even the vocal renditions are superb. Many artistes have found their future calling at this haloed ground.

The Nilambur Pattu is another festival rooted in the ancient culture of this region. The Nilambur Kovikalum holds the festival in January in the midst of thousands of devotees for more than a week. The festival is a fall back to the tribal rituals of hunting and celebration. The tribal chiefs have a significant role to play in these war and hunting rituals.

Then there is the Kondotty Nercha festival that lasts for a week in March. It is held at the Tomb of Mohammad Shah, a Sufi saint, which is held close to the Pazhayangadi Mosque. The Nercha is celebrated more in the spirit of a carnival with thousands of people participates in a number of dance performances, amusements and all forms of trading.

Another famous Nercha of the region is the Andu Nercha of Puthenpalli at Perupadappu which is located in the south western part of the district. Devotees in lakhs throng to the mosque where they partake of ‘Ney Choru’ or rice and clarified butter (Ghee).

In summers, the church festival of Pariyapuram and Edakkara as also the Chungathene are held here and are great draws for locals as well as devotees from all over the country and the world.

Then there is the Vairankode Vela or the temple festival which is celebrated for six days in February. The main attraction of this particular festival is its decorative processions that attract large crowds. Most regions and, villages all around participate in these processions. There are fireworks displays at night time and much festivity and gravity along with huge feasts in which thousands cats and thousands contribute.

Thus, the culture of Malappuram has much to offer the visitor to this natural gem of a land.