The diverse forms of cuisine that one sees in Mappila cooking is an interesting coming together of two diverse cultures to bring an amalgamation of a third totally new manifestation. A basic example of this is ‘pathiri’ or the coming together of Arab breads with Keralite rice that is bread made of rice. Another blend is spices which are an indelible part of Mappila cuisine while the Arab cooking had more dry fruits. Thus, the addition of the Malabar spices like cardamom, cloves, pepper corns and cinnamon has a magical effect on the combined cuisine. 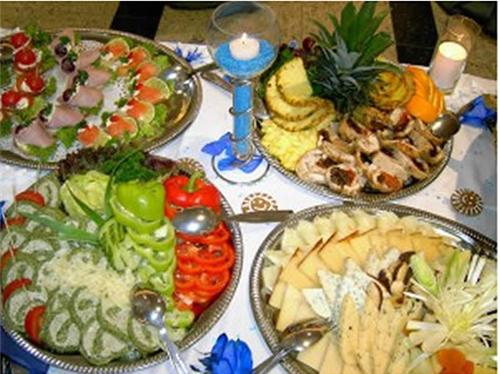 A number of dishes have emerged which form the mainstay of Mappila cuisine are Biryani cooked in the ‘dum’ or clambake style of cooking using chicken, mutton, lamb and even prawns. Some of the mouth-watering dishes in the Mapilla repertoire are ‘kallummakkaya’ curry using mussels and the ‘erachi putta’ or the meat preparation or the delectable meat preparation. Then there are the ‘parottas’ or soft flat breads, ‘pathiris’ or rice cakes and desi ghee which are accompaniments to the main meal. Along with the main dishes there are a number tasty snacks like the ‘Unnakkaya’ or the deep fried boiled ripe banana paste which is made to wrap cashews raisins and sugar.

Then there is the mouth-watering ‘pazham nira chathu’ or ripe banana which has been filled with grated coconut and molasses. Other snacks are ‘mutta mala’ which is a preparation made of eggs. Another dessert is the ‘chattipathiri’ which is made of maida and appears as a delicious a stack of luscious pancakes with a rich succulent filling. ‘Arikadukka’ is the dish liked by all and this along with several other dishes is easily available in all eating joints, restaurants and resorts of Malappuram. The cuisine is especially mutton and beef.

Coconuts and sea food are essentially present in almost all preparations. The ethnic Mappila cuisine is rich in spices and each dish is fit for royalty. Even roadside eateries have the distinctive Mappila taste whereby all foodies are attracted to them. In fact, the mere mention of the Mappila cuisine can have foodies travelling for miles to try it.

Most of the eateries and even the resorts are known to serve the delightful local dishes. Even the resorts and high-quality hotels serve all forms of such cuisine. The only difference is that here the dishes are made spicy or mild according to the needs of the clientele.

The highway leading to Malappuram is dotted with a number of roadside dhabas, eateries and coffee shops. They have on offer a member of light snacks and beverages like coffee, tea and lassi or butter milk along with different curries served with chapati or rice. They can even turn out several savory and roasted vegetarian and non- vegetarian dishes at prices that can suit every pocket.

Some of the popular eateries that serve Mappila as well as other types of cuisine in Malappuram are:

Thus, there is a large variety of Mappila cuisine that can tease the taste buds of the travelers as well as the locals.