Malapurram has a checkered history. Due to its strategic location it was a much sought after offence position for many a military maneuver. Originally, the land called as Eranad or Valluvad earned the name of Malappuram because of its location on top of the hill especially as a gradually terraced slope led up to it. It overlooked the port of Ponnani which was the busy trade centre of the Romans. The region proposed under the Chera kingdom, later to become the fiefdom of many a powerful dynasty. Then in the ninth century the region came under the Kulashekharas of Mahodayapuram. When these disintegrated, they were replaced by a number of Nair states namely the Valluvanad, the Tanur or Vettattunadu, besides the Parappanad, the Nediyiruppu or the Zamorins along with several others. 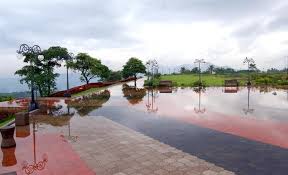 With the advent of the thirteenth century came the expansion of the Samoothris of Calicut into Malabar and also Thiruavaya which formed the seat of the Mamankam within the Malapurram district. After a gap of about two hundred years the Europeans turned their attention towards these untouched wonderful shores.

Several of the smaller principalities attempted to ingratiate themselves with the foreign invaders in the attempt to spend or the other parts of the vast kingdom. The rulers of the Mysore kingdom who were Haider Ali and the valorous Tipu Sultan both quickly staunched the revolt and presented a united front. Much later during the twentieth century the Malppuram stalwarts were responsible for their participation in the Indian Struggle for Independence by taking part in the Khilafat Movement as well as the Moplah Rebellion with Ali Musliyar being one of the most active and energetic of the rebel fighters.

This state continued till 1956. Then on November 1 in 1956 the Malabar district was merged with the Travancore Cochin circuit of Kerala state. Then during the subsequent decade from 1957 to 1969 there was much socio-political upheaval. The Ponnani taluk got distributed to various parts of the Tirur taluka under the Palakkad district. Finally, the newly-emerged district of Malappuram comprised the talukas of Eranad, Perinthalmanna, Tirur and Ponani Talukas. The district comprised 14 development blocks along with 95 panchayats.

Because of its strategic defence position above the hill top all military warfare was under some or the other armed forces which were adept at keeping this vantage point to themselves as they understood the significance of its position. The British who are known for their battle tactics had established their crack force of fighters in the Haig Barracks overlooking the Kadalundi River. These barracks are the seat of the Malappuram administration especially. During the rebellion against the British which came to be known as Mappila Lahala. To stop this rebellion at various places the British had put together their best officers at the erstwhile military headquarter and transformed it into their police headquarters for the Malabar Special Police or the MSP. This was established in 1921.

Even today a special celebration takes place in the region to commemorate the sacrifices and bravery of the bygone martyrs who had struggled for the country’s Independence centuries ago. This celebration is called the Malappuram Nercha. Pookkattua and Anakkayam were two centres of the rebellion where the British practically annihilated the rebels who were fighting with their rudimentary traditional weapons.

Thus, Malppuram has always been the high point of all military planning, strategy and attachment through the ages. This is the glorious history of this region that still carries the battle scars of those bygones wars.