Karuvarakundu is a small town located in Malappuram districts’ eastern region. Nestled in the surrounding greenery of the tea gardens and the rubber plantations this little township is a welcome getaway for spending a quiet and relaxing vacation. It also has on offer plentiful adventure and health giving destinations and activities. 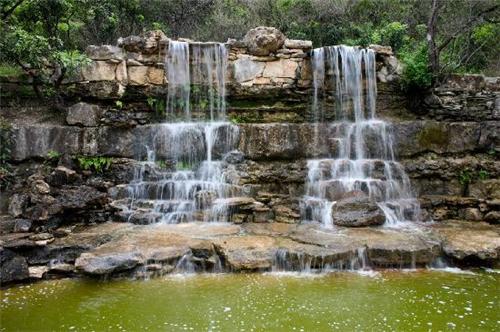 Places that are proximal to Karuvarakundu are Melattur, Manjeri and Kalikavu. The Karuvarakundu governance is in the hands of its grampanchayat which covers a total area of sixty four square kilometers. In the North Karuvarakundu shares its borders with the gram panchayats of Arambalam, Puthur or Palakkad and Chokkad, with the panchayat of Puthur in the East and the panchayat of Edapatta in the South. The western side of Karuvarkundu is bordered by the Kalivaku, Chokkad and Tavvur panchayats.

The very name of the township ‘Karuvarakundu’ denotes the settlement of blacksmiths. This is further heightened by the use of the word ’Karu’ denoting iron ore. This location has been historically linked with iron ore mines, the processes of mining and iron smithy being inter-linked was the chosen habitat of blacksmiths. Historical evidence shows that hundreds of years ago the products made from the iron ore mined here, like weaponry and utensils, were sent across the seas to the far off lands of Rome, Turkey, Egypt and Denmark.

Karuvarakundu has made a place for itself in history by rising in revolt against the British in 1921. It has been recorded that when news reached the inhabitants of Karuvarakundu that the British had fired shots within the mosque at Tirurangadi, the enraged mob took up cudgels against the British by setting fire to the police station and the Tourist Bungalow and literally razed them to the ground. Later the British stemmed the riots by setting up barracks at Chembankunnu and Chembinkunu of which the latter still stands as the Government-run school upto the Higher Secondary level.

Thus, from international trade of iron products to rising up in protest against the British oppressors and in the current era to playing host to innumerable tourists from domestic and international tourism router, Karuvarakundu has stood the test of time and is willing to go ahead deeply rooted in its traditional heritage and natural bounty.

Situated proximal to the Western Ghats and with the Olippuzha river flowing right through town, the Karuvarakundu township is a somnolent hill station of southern India.

A one-time mining hub for iron ore, the entire area is prone to landslides. Thus, it is not safe to plan a visit here during the monsoon and immediately post monsoon months i.e. from June to September. The ideal time to visit the natural bounty rich township of Karuvarakundu is from October to May.

The climate is pleasant and well suited to all forms of activities like trekking, boating or even simply ambling around the quaint, ancient habitation. The main livelihood of the population is agriculture. Thus, the slopes of the hilly area around the township have been devoted to agriculture. The lush green fields stretch upto the very edge of the evergreen, thick rain forest.

This centre for iron ore can be reached by road on the National Highway seventeen from Malappuram.

By train - the journey for reaching Karuvarkundu can be taken upto Tuvvur rail terminus of Malappuram which is just about ten kilometers.

By air - the nearest airport is the international airport of Karimpur. It is located around fifty five kilometers from Karuvarakundu.

By bus - also there is an excellent government run bus services that regularly takes visitors to this haven of natural beauty.