Home city guide malappuram to nilambur in one day

Malappuram to Nilambur in One Day

Nilambur city is located on the banks of the Chaliyar River; Malappuram the most coveted jewel in the crown of Kerala is much sought after tourist in destination in the south. In eco-tourism and ancient trading to gaming offers a number of places of tourist interest in its vicinity. One may plan to visit places according to the following itinerary. 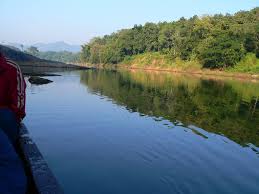 9 am: After a light breakfast one can start off from Malappuram's base after packing along sizable tiffin for the mid-day.

10 am: You can visit the elephant camp called Nedumkayam, situated in the heart of the Reserve Forest. The elephant camp is organized and managed by the Forest Department of Kerala. As this is a highly restricted area, several prior permissions have to be sought for which information can be obtained on the Forest Department website or the local Nilambur office for Tourist Information. The elephant training centre trains elephants which had been poached from the Reserve Forest.

The Nilambur Reserve Forest has also been selected for development in an eco-tourism destination. The Nedumkayam is situated eighteen kilometers from Nilambur. On the onward journey one can visit several places of exotic natural beauty.

11:30 am: One is spell-bound by the pristine beauty of the Koyippara waterfalls. It is placed off the highway and can be reached by travelling about five kilometers over a side road after passing through the township of Akampadam. These waterfalls are situated near Kakkadampoyil.

12:30: About ten kilometers from Nilambur is the delightful village famous for its pottery called the ‘Pottery Village’ of Aruvacode or the Aruvacode pottery village. It is also renowned locally as ‘Kumbham’ which literally denotes clay pot. The village became famous because of the wonderful craftsmanship of Jinan, the artist who made pottery the medium of his unfathomable creativity in the nineteenth century.

3 pm: As one turns in toward Nilambur one crosses the Bungalow Hill or the Banglavu Kunnu. It is famous for its curved roads that have plantations of Ayurvedic medicinal and aromatic herbs on both sides. It’s a delightful and amazing site. One can drink in the fragrance of these plants as one walks along the winding road.

4 pm: Just four kilometers from Nilambur is situated the world renowned Teak museum which is a double storeyed edifice. It houses the largest volume of data on the Teak wood plantations. The museum was established in 1995 to commemorate the world’s initial teak plantations that had been planted under the supervision of the British in the mid and absolutely Indian leaders also organized several plantations. The museum is the repository of the history, variety and scientific facts of teak. It is a most educative and amazing experience to go through the Teak museum of Nilambur.

Or you can visit the Conolly plot which is just two kilometers from Nilambur; it is the first man-made plantation of teak. It has been made to commemorate the District Collector of Malabar named H.V Conolly.

6.30 pm: Only three hundred meters from Nilambur on the state highway connecting Nilambur and Calicut to Ooty is situated the world’s longest Hanging Bridge above the Chaliyar River.

On the other side of the Chaliyar River is the beautifully scenic Adyanpara waterfalls which is situated at Kumbalangode village.

Thus, over the days fulfilling activities one has soaked in natures’ beauty as well as obtaining information on naturally occurring locally available flora and fauna all the way from Malappuram to Nilambur.

How to Reach from Malappuram to Nilambur

The distance from Malappuram to Nilambur is just about thirty kilometers. The travel time is about an hour. Travelling by bus the fare is around thirty rupees.

Nilambur is located in North-Eastern direction from Malappuram. Take the first right turn towards the Malappuram-Parappanangadi Road. After a kilometers climb onto the Malappuram-Parappanangadi Road and go for two kilometers before taking the National Highway two hundred and thirteen. On travelling about two and a half kilometers one takes a right turn onto the Tirur –Malappuram Road. Travelling about five kilometers one takes a left turn at Munduparamba for the Tirur-Malappuram-Manjeri Road. Take a left onto the Panayi-Veetippadi Road and travel for about five kilometers and reach a roundabout. Continue straight on the Kozhikode-Nilambur-Gudalur Road. After about twenty seven kilometers one turns right at the Padikunnu-Pattaraka Road after going for about half a kilometer and then one finally arrives at Nilambur.