Home city guide malappuram to tirur in one day

Malappuram to Tirur in One Day

Malappuram to Tirur has been acknowledged as one of the most picturesque and wonderful of beauty niches of nature. This idyllic place has been favoured by both Hindus and Muslims for the construction of some of their most pious of edifices which stand witness to their devotion of centuries. 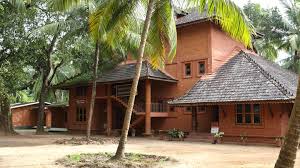 Tirur is one of the most visited destinations of Malappuram. Even the sands of the Thunchan Parambu beach are said to be venerated.

At one time the Tanur kingdom had Tirur as a significant part where the sixteenth century poet, Thunjathu Ramanujan Ezhuthachan lived. He is considered the father figure of the Malayalam language as well as a major doyen of its literature.

Tirur is known to be a major commercial centre for trading in fish and betel leaf. It has a very high literacy level at eight per cent for its population of about fifty five thousand strong and having more women (at fifty two per cent) than men. Some of the places to be necessarily placed on the itinerary while visiting Tirur and nearby places are described. As there are several sites to be visited it is advisable to start early.

7:30 am to 11am: After a slight pre-breakfast repast one can set out for the farthest point of Chamravattom Siva Temple which lies on the haloed banks of the Bharathapuzha river. The most fascinating aspect of the temple is that the deity in the sanctum sanctorum stands at a level tower than the rest of the temple platform. At the onset of the monsoon, the river waters enter and bathe the deity which is a singularly unique aspect among all the temples of the Hindu pantheon. The Tripangode Siva Temple is a historical and deeply mythological temple. According to legend a devout young sage Markandeyan had obtained the blessing of longevity from Lord Shiva at this site.

He had sought succor by hugging the shivlinga when Yama, the God of death was following him. When Yama’s lasso fell on Markandeyan it accidently encompassed the Shivalinga which enraged Lord Shiva. The resultant was Yama had to face the ire of Lord Shiva. Five Shivlingas stand witness till date as witness to the fact ancient episode. The banks of the Bharathapuzha are the site of the temples of the Hindu Trinity of Creator, Perpetuator and Destroyer or Brahma, Vishnu, and Mahesh. The sanctity of this site is such that the sands of its beaches are considered holy.

It is also the birthplace of Malapthur Narayana Bahttari just situated on the Thirunnavya-Kottakal road. The Navamunkuda temple is significant because the Petru Tharpanam ritual is held here on the day of Amavasi the month is in Karkidaka or July. Devotees take a dip in the river and in their drenching wet clothes offer ‘Balikarma’ or offerings to Lord Bali an avtar or incarnation of Lord Vishnu.

Just six kilometers further is the singular Garuda temple devoted to Lord Garuda Kavu. The unique temple dedicated to the ‘Vahana’ or vehicle of Lord Vishnu.

11:30 to 12:30 pm- After taking a break at the Thunjun Paramba situated just about two kilometers from Tirur it is essential to spend some time here and partake of some Tiffin or even lunch.

This site has high educational value. It is renowned for the week-long mela that is held to celebrate literacy. On the day of Vijayadashmi or Dusshehera the children who are to start school, write on the white sands with their fingers. Young poets offer their first poems here. It is considered sacred ground since it is the birth place of Thunjathu Ramanujan Ezhuthachan who is considered the father of the Malayalam language. In his memory the week-long celebrations include performances by literary experts, singers, and dancers as they give their best renditions during the festival.

1 to 4 pm: Just about eight kilometers from Tirur lies the Alathiyur Hanuman Kavu. It is an ancient temple said to be three thousand years old. The unique features of this temple are that it marks the site where Hanuman was directed by Lord Rama and was entrusted with his ring to be given to Sita so that she would recognize Hanuman as an emissary of Ram. Another unique feature is that the statue of Lakshman has been located in a separate sancta sanctorum. Normally Ram and Lakshaman are inseparable.

Nearby is the Vyrankodu Bhagvathi Temple. The Devi is considered the Mother Goddess of the land as her power extends across wide expanses of agricultural and other forms of land. This temple the Trikkandiyor Maha Shiva temple is a singular part of a whole cluster of temples situated within a short distance surrounding this Siva temple.

4:30 to 6 pm: As one reaches the destination it takes time to visit Puthiyangadi Masjid or mosque which is considered as one of the most revered mosque of the south. Earlier a festival used to be held here but of later it had been discontinued.

Just before ending the day it is pertinent to visit the Thunchaththu Ezhuthachan Malayalam University which is probably one of its kinds as a unique academic institution. It is emendated to have tremendous impacts upon the knowledge of literature and language, theatre, traditional architecture besides providing deep seated knowledge on the surrounding countries’ heritage and traditions.

How to Reach from Malappuram to Tirur

Tirur is about twenty five kilometers from Malappuram and the total travel time may be less than an hour. However, as one drinks in the bounties of nature one tends to make a leisurely pace and travel taking ones’ time. By bus one may get to Tirur at a fare of about twenty.