Ramapuram was named after the famous temple situated here, Sree Rama Temple. The village is situated near Palai, which is 40 km distant from Kottayam. The temple is known to be around 1000 years old.

The temple is managed by the Trust named as Ramapuram Devaswom consisting of three families, the Amanakara mana, the Kunnoor mana, and the Karanattu mana, who share the responsibility in rotation every six months. 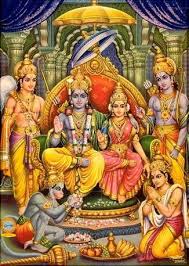 There is an interesting legend as to how the Sree Rama Temple came into existence. The legend says that Lord Rama, after living a prosperous life as the ruler of Ayodhya, handed the kingdom and other responsibilities to his sons and left Ayodhya to find mental peace and satisfaction.

It is said that he followed the same path towards the South, which he trekked earlier in search of his consort, Sita. On reaching this place, he was mesmerized by the natural beauty and the serenity of this place, and chose this very place for his meditation.

The Sree Rama Temple was constructed to honor this incident. Later on, the temples were also built for all the three brothers of Rama.

The temple is known to be erected in the 12th century. This is the only place where you can find the four temples dedicated to the four brothers, at only 3-4 km radius.

As a tradition adopted by the Hindu households in this village and neighbourhood, one child in the household is given the name Rama.

All days during the Malayalam month of Karkidaka and Sundays of other months, are the best for Nalambala Darshnam.

Nalambala Darshnam has made Ramapuram an important pilgrim city of the country.

As a religion, all the Hindu temples in the northern part of the state of Kerala are rich rites and rituals. The Sree Rama Temple follows the same path. The poojas performed in the morning are as below.

The poojas in the evening are different as given below.

The annual festival of the Sree Rama Temple is celebrated during Meenom from March to April; this festival lasts for 8 days.