Malappuram, which means a land atop hills, has truly justified its name. Situated in the south-eastern direction of Kozhikode at a distance of around 50 km, this place is bounded in the east by the Nilgiri Hills and Palakkad and Thrissur in the south and Arabian Sea in the western direction. Three rivers flow through its land namely Barathappuzha, Chaliyar and Kadalundi. Marked by eventful and rich history, this place boasts of many architectural delights of all periods. It is a very well known centre for Islamic philosophy and Hindu Vedic learning and a place for rich cultural heritage. There are numerous tourist destinations that are within reach of Malappuram situated in around 150 km distance from the city. Some of the most famous ones are listed below. 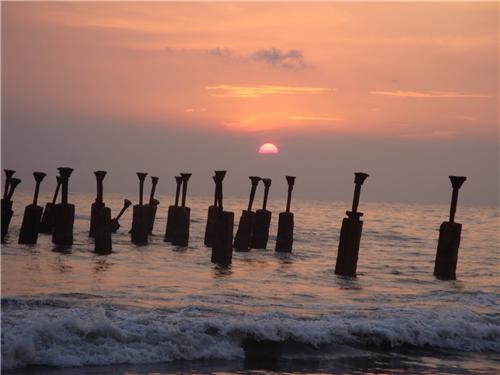 Kozhikode, also known as Calicut is situated at a distance of around 143 km from Malappuram. It is in 1498 that the Portuguese explorer, Vasco Da Gama, landed here and opened the trade route between India and the European countries. There is an amazing blend of the Indian and Portuguese architecture and culture in this city. Some of the most visited tourist destinations in Kozhikode include Thikkoti Light House, Kozhikode Beach, Kappad Beach, Vellari Mala, Thusharagiri Falls, Tali Temple, Pazhassiraja and Krishna Menon Museums, Kadalundi Bird Sanctuary, Perucannamuzhi Dam and the famous Lion’s Park. The best time to visit Kozhikode is during the months from October to February when the weather is most pleasant here. It is well connected via rail, road and boat with Malappuram.

Located at a mere distance of 81 km from Malappuram, Palakkad is a city that has hosts of tourist attractions. Lakkidi, Jain Temple, Nelliyampathy, Mayiladumpara Sanctuary, Tipu's Fort, Silent Valley, trithala and Varahamoorthu Kshetram etc. This city is well connected with Malappuram via road, and rail.

Situated on the north-western border of Malappuram, at a distance of 36 km, Kadalundi Nagaram is the place where the Kadalundi River joins the Arabian Sea. Being home to several migratory birds, this city is flocked by them over the vast stretch of water during the months of February to April. It is well known for the Pooram festival near Vallikunnu in the Niramkitha Kotta Bhagavati Temple that lasts for a week’s time. It is attended by more than a thousand pilgrims from all across the country. Kadalundi Nagaram is best reached from Malappuram by cabs or local buses. 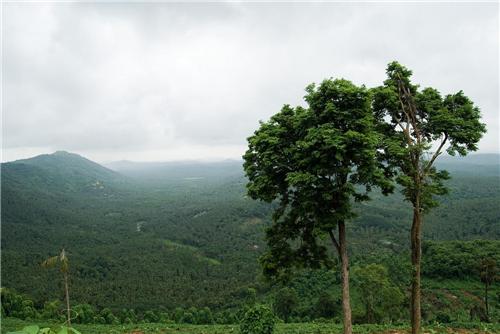 The birth place of the noted Mappila Poet, Moyiain Kutti Vaidyar, Kondotty is located very near to the Calicut Airport at a distance of mere 22 km. This Mappila poet is being recognized and a memorial for him is being proposed to be built in the city. It is also famous for Nercha in Pazhayangadi Mosque. It is best connected to Malappuram via road. One can hire a local bus or a cab to reach this city.

A world renowned center for ayurveda, Kottakkal is located at a distance of 13 km from Malappuram. P. S Warrier, a well-known social reformer and a physician has established The Arya Vaidya Sala which is visited by numerous people from all parts of the world for treatment. Due to the patronage provided by the Arya Vaidya Sala, culture and art also prevail in the city of Kottakkal. Reach this city by catching a local bus or hiring a cab from Malappuram.

Towards the north-eastern direction of Malappuram at a distance of almost 12 km, the town of Manjeri is situated. Historically, it was National Movement’s live center and today Manjeri is recognized as Ernad Taluk’s headquarter. The District Court and District Hospital are situated at Manjeri. Other important district offices including PWD road division, District medical offices, Local work division etc are also located in this town. The famous Arukizhaya Siva Temple is located in Manjeri. It is well connected to Malappuram by road and one can take a cab or a local bus to reach this town. 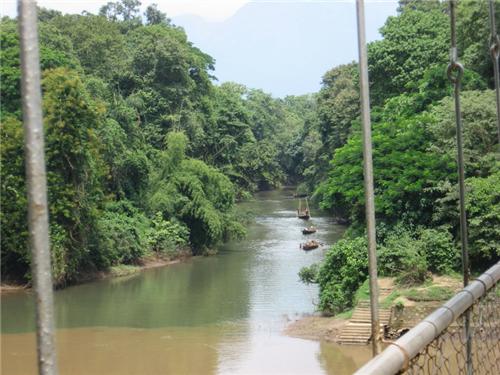 Teak plantations make up Nilambur town which is located at a distance of mere 41 km from Malappuram. The very famous, Conolly’s plot, which is the oldest teak plantation in the whole world is at a distance of just 2 km from Nilambur town. Located near the Cheliyar River, this plantation can easily be reached by travelling in a country boat ferry. Apart from the Conolly’s plot, there are numerous other tourist attractions that dot Nilambur. Some of them include Vettakkorumakan Temple, Adiyanpara Waterfall, Nilambur Teak Museum, St Mary Church, Holy Family Church, St Francis Church, Central Forest Nursery etc. Nilambur is well connected to Malappuram via roadways and waterways. One can take the services of the state bus or hire a cab to reach Nilambur comfortably.

Situated at a distance of 24 km from Malappuram city, Perinthalmanna is known to be the headquarter of Perinthalmanna Taluk. This town is famous for its two temples namely Tali Temple and Thirumandhamkunnu Temple in Angadipuram which is just 2 km away from Perinthalmanna. There is also a famous Muslim educational center and yatimkhana. It can be reached by Malappuram by hiring a state bus or a cab.

Situated at a distance of 166 km from Malappuram, Perumpadappu acted as a seat of Perumpadappu Swarupam, the Prince of Cochin. Jaram and Puthenpalli Mosque attract the Muslim devotees. Umar Quasi, a religious leader and a social reformer was also born here. Reach Perumpadappu from Malappuram by cab, state bus or train.

Ponnani, the oldest and only port in Kerala is located at 48 km distance from Malappuram. It is an important fishing center and is a tidal port near Bharathapuzha. Apart from the Bhadrakulngara Temple, Manja Bhagavathi Temple, Ponnani Beach, etc. there are almost 50 mosques in this town. It can also be described as the town of kabaristans and mosques. From the Kottipuram Railway station, Ponnai is connected by the National Highway 15. You can reach Ponnani via road or by rail from Malappuram. 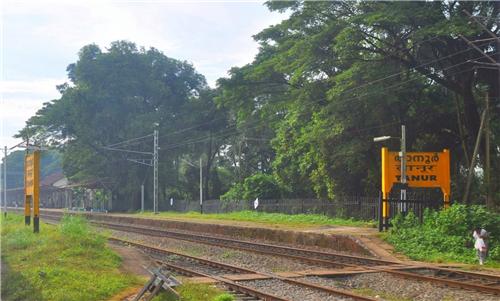 Tanur, a coastal town where the Portuguese settled for the first time is located at a distance of 31 km from Malappuram. It is famous as a fishing center and one of the oldest temples in Kerala, Keraladheeswarapuram Temple which is dedicated to Lord Vishnu is just 3 km from the Tanur town. It is well connected to Malappuram via road and many state buses operate on this route. For more comfort, you can hire a taxi or a cab too.

Located at a distance of 153 km from the city of Malappuram, Ernakulam is famous for Chottanikkara Temple, Clock Tower, Maritime Museum, Santa Cruz Basilica, Willingdon Island and antique shops in Jew Street etc. It is a big city that is thronged by visitors of all ages from different parts of the world. It is well connected to Malappuram via road and rail. Many state buses operate and connect both the cities. Travelling by taxi or a cab would, however, be more comfortable.

The distance between Malappuram and Thrissur is just 84 km. This town is well known for the Vazhachal and Athirappally waterfalls, Cheraman Perumal Juma Masjid, Palayur Church, Yam Temple, the Zoo and the state museum, etc. It is also amongst the most visited places near Malappuram. It is well connected to the city of Malappuram via road and rail.

Known for Lakkidi, Jain Temple, Nelliyampathy, Tipu’s Fort, Varahamoorthi Kshetram, Trithala, etc. the town of Palakkad is located at a distance of 81 KM from Malappuram. Reach this town by catching a state bus or by hiring a taxi. 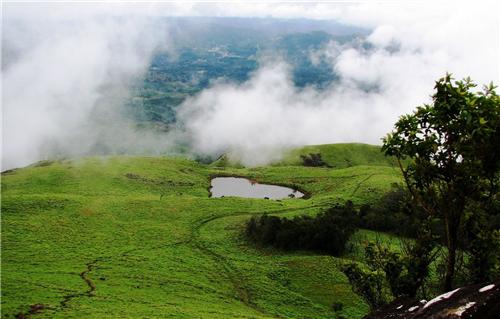 A small city, Wayanad is located at 110 km from the city of Malappuram. This city is well known for Brahamagiri, Mananthavady, Chembra Peak, Jain Temple, Edakkal Caves, Karalad Lake, Meenmutty Falls, The Jungle of Secrets, Wayanad Heritage Museum etc. Reach this destination by travelling in a cab or a state bus as per your convenience.

A small town located at a distance of 139 km from Malappuram is well known for its alluring beaches. Many people throng this town for the delightful backwaters that it offers to its visitors. Rajarajeshwara Temple, The tree of Karimthandan, Fort St Angelo, and Kerala folklore Academy etc. are some of the important tourist attractions in Kannur. It is well connected to Malappuram via roadways. Many state buses operate on this route.

One of the most famous hill stations in the South India, Ooty is located at a distance of 136 km from Malappuram. Apart from the Botanical Gardens, Bhawani Lake, Emerald Lake, Annamalai Temple, Echo Rock, Pykara Lake and Pykara Falls, Doddabetta Peak etc., there are many other tourist attractions that leave the tourists spell bound. The waterfalls in Ooty are spectacular and offer a breathtaking sight. Reach Ooty by hiring a cab from Malappuram which is going to be one of the most comfortable way to travel on the hillside.

This place is famous for the rural development programme PURA. The project was the brainchild of former President Dr. APJ Abdul Kalam with the objective of providing such amenities in rural India that the extreme migration to the already choking cities will be halted. The Providing Urban Rural Amenities (PURA) programme envisaged an integrated approach to the rural development planning under PPP model of project execution. It aimed at providing job opportunities to rural people at local level along with urban amenities like housing, roads, electricity, business opportunities etc. that attracted the villagers to the urban areas. Thirurangadi is a historical place. It was closely associated with the Khilafat Movement, Malabar rebellion and the Mappila rebellion of 1921.

The municipality of Kizhakkethala is a vibrant place of interest near Malappuram. It houses cinema theatres, hospitals of repute, jewellery stores and good residential buildings. It is at about 2 km from the town. It has quality restaurants and eateries. The Regional Transport Office of the district is also situated here. It has also attracted some good BSPs and IT consultancies.

The once small hill village of Malappuram situated at a distance of about 20 km from the town, Chelamala is today a vibrant planned city establishment. The transformation has taken place due to the opening of the Malappuram campus of the AMU in 2011. The campus started functioning right with its inception and all the other necessary infrastructure began slowly flowing towards the place. It has been considered as a dream come true for the people of Chelamala.

The place is situated in the downhill area at the foot of the Cantonment Hill. The meaning of the name is ‘Fort Gate’. The situation at present is such that there is neither a fort nor a gate there. But the area is now a hub of internet cafes, and IT solution providers’ outlets and establishments. A well-known landmark of the area is the famous Kottapadi stadium that has been the venue of many a reputed games and sports. It is also known for its flea market situated at downhill, Malappuram.