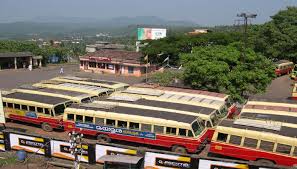 It is also known for being the oldest place of learning the teachings of Islam at Kottakkal. The municipality of Malappuram is known as the best council in the upkeep of civic amenities and cleanliness. The government of Kerala has awarded it for its excellence in this area. It is now proposed to upgrade Malappuram to a municipal corporation by adding parts of Anakkayam, Koottilangadi, Manjeri, Pookkottur, Kodur and Kottakkal with Malappuram municipality.

Malappuram is a well established trading centre of Kerala. Tourism is a major commercial activity in the city. It attracts lakhs of visitors every year to places like Kottakkunnu, Shanthitheeram, Inkel Greens and Kottakkal Arya Vidya Sala - a place engaged in the propagation of ayurveda and to other institutions that have turned it into an educational hub of higher education in Kerala. It has adequate facilities for the conveyance of men and material to all over Kerala, the major cities of southern peninsula and other parts of the country.

Malappuram has adequate road infrastructure to provide linkage to all the districts, talukas and towns. A well-kept 4000 kms of roads cater to the daily requirements of thousands of workers in manufacturing hubs, students, service people, farmers, tradesmen and others in the district. KSRTC plies more than 300 buses on a daily basis. The services are run from its depots of Malappuram, Ponnai, Nilambur and Perinthamanna.

The district of Malappuram has 2 major rail lines connecting the coastal areas on one side and eastern parts on the other. The district is connected through 91 kms of railways. Mangalore-Madras line connects the coastal and Nilambur-Shoranpur line serves the eastern parts of the district. The rail link from Kuttipurum to Valikkunnu covers the coastal areas linking Tirunnavaya, Tirur, Tanu, and Parappanangadi. The broad gauge line of Nilambur Shoranpur connects Palakkad district to Nilambur which is about 40 kms from Malappuram.

The Calicut Airport serves Malappuram. It is about 25 kms away from the town. The airport is a major boarding place for the Haj pilgrims today. It is at a convenient distance from both Malappuram and Kozhikode towns which are about 25 and 28 kms away respectively.